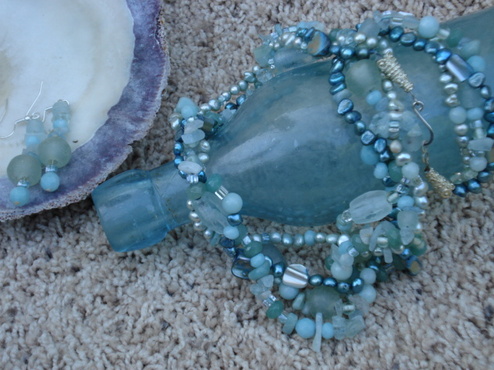 siren |ˈsīrən| noun
1   Greek Mythology: each of a number of women or winged creatures whose singing lured unwary sailors onto rocks.
2    A woman who is considered to be alluring or fascinating but also dangerous in some way.

ransom |ˈransəm| noun
1   A sum of money or other payment demanded or paid for the release of a prisoner. "I would pay a king's ransom for such a beautiful object."
2   The holding or freeing of a prisoner in return for payment of such money.
This beautiful jewelry is the ransom that will release the siren within you.